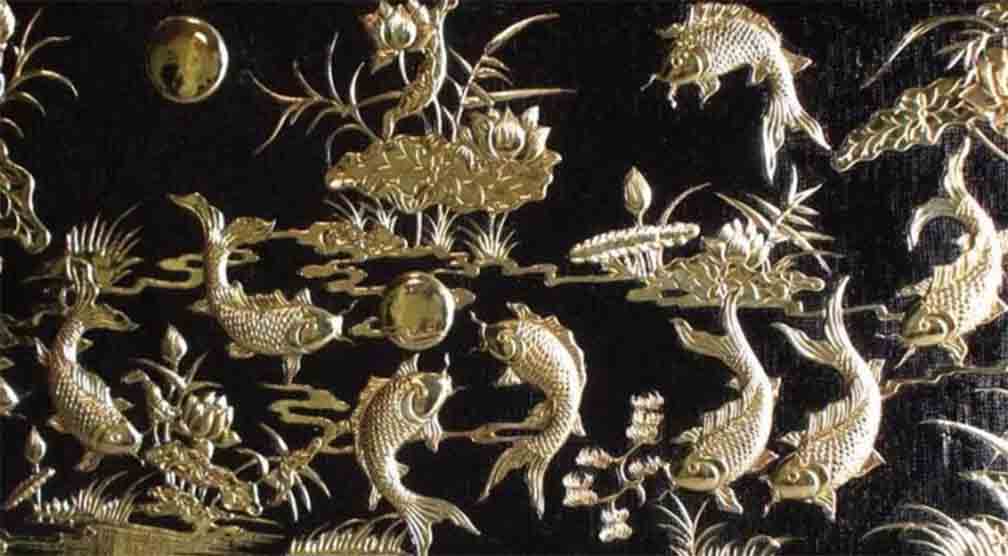 Thai Binh province is widely well-known not only as a huge rice field of the Northern Vietnam, but also as a cradle of traditional crafts and craft villages through centuries. Of which, Dong Xam Silver Village is one of the most famous ones attracts a large number of tourists in Vietnam travel.

Located in Hong Thai Commune in the North of Kien Xuong District, Dong Xam Silver Village is widely famous for its silver processing which has existed since the 17th century. The fame of Dong Xam Silver is known not only in Vietnam, but also overseas. Silver handicrafts produced here are used in domestic market and exported to some foreign ones, such as Japan, South Korea, Taiwan, Laos, Thailand, Netherlands, and Spain.

Differently, Dong Xam’s silver products are characterized by strange styles of cube and appearance as well as sophisticated and well-proportioned decorations under delicate and perfect skill. Till now, the skill and carefulness of Dong Xam artists have been able to satisfy the tastes of using silver carving products of many customers who are difficult and knowledgeable about silver carving art. Dong Xam artists always think high of “faithfulness” and “talent”. Therefore, they try their best to make their own products which are always genuine and carefully-made to keep maintaining their customers’ confidence.

Dong Xam Silver Village- One of the Most Well-Known Traditional Villages in Thai BinhLegend has it that 300 years ago, there was an artist named Nguyen Kim Lau, who had used his boat to travel downstream on Tra Ly River to earn his living. It was him who transferred his silver carving skills to local people in Dong Xuan village. Through the ups and downs, silver carving has been maintained and boomingly developed. After he died, Dong Xam Temple was built to appreciate his contributions to the village. Festival in the temple is yearly celebrated to mark the anniversary of the progenitor Kim Lau’s death.

Dong Xam Temple Festival is annually held from 1st to 3rd day of the 4th lunar month. The most fascinating program in the festival is boat-racing contest on river with the participation of youth men in the hamlet and neighboring communes. Also, some interesting traditional games and folk culture like ca tru and cheo singing are performed during the festival. Significantly, a great deal of beautiful silver carving products is displayed in the days of the festival. Tourists in Vietnam travel have wide ranges to pick some of them as souvenirs for beloveds.

Nowadays, most of Dong Xuan craftsmen work in the village, many become rich. Some of craftsmen, especially young ones go to many other places, producing as well as training. In every environment, since previous time until now, Dong Xam silver makers have always put the credibility, talent on the first priority. They have kept ethic, conscience of the craftsmen and technical elite of the country’s traditional career.

The craft of jewelry-making in Chau Khe (~37km)

Home to the pottery families (~63km)