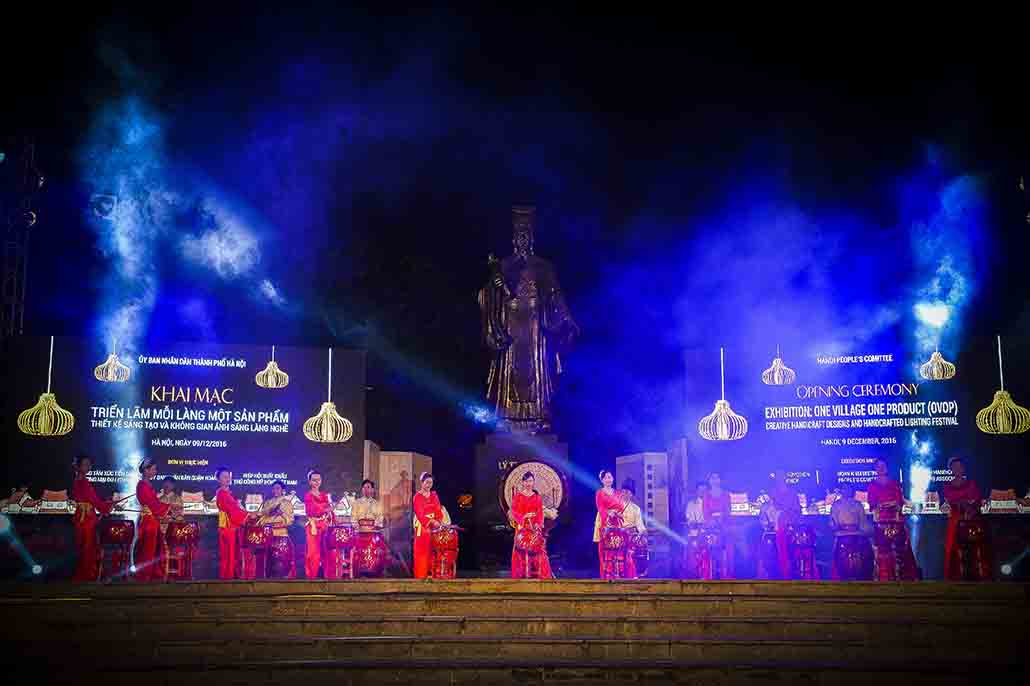 An exhibition called “One village one product” (OVOP) displaying Vietnamese high-quality handicraft products will open in Hanoi on December 9 as part of efforts to attract more tourists to the capital and promote traditional craft villages. As the first event of its kind in Hanoi, the four-day exhibition will feature 30-40 booths from traditional handicraft villages nationwide.

The OVOP aims to raise awareness of developing handicrafts among enterprises, trade villages and the community and create a change of their thinking in designing products,  thus preserving and developing traditional trade villages.

Vietnam boasts a huge number of craft villages, which have consolidated their foothold in the country’s socio-economic structure.

The country’s craft products have been sold in domestic and international markets, creating stable incomes for over one million craftspeople, which are much higher income than from rice farming.